From Chaos to Seder: Pesach, Addiction, and Removing Our Personal Chains

We are going to know a new freedom”
-Alcoholics Anonymous, p. 83.

I have always marveled at the paradox that our nation’s liberation from the bondage of slavery is marked by the quintessential period of restriction. A holiday that requires us to adhere to strict guidelines and detailed instructions with such profound exactitude and measure. To distance ourselves from something that in the rest of the year we get to engage in unconditionally.

In working firsthand with individuals in addiction treatment as they battle for ultimate freedom, I now understand that the answer to this question is a resounding yes.

The individual in recovery wages war against inner forces and drives that constantly entrap him and to which he has become “powerless” against. Forces which often pose a threat to virtually everything in his life that is of meaning and true value. A person in recovery therefore knows so vividly that learning to exercise restraint is his only chance at achieving freedom. At survival.

The individual in recovery will tell you that a life of following whims - a life of perceived “freedom” and permisiveness to excess - becomes the deepest form of suffocation and imprisonment imaginable.

That doing, taking, ingesting, drinking whatever I want, whenever I want - a life that knows no boundaries - is the most insidious slavery of all.

As the individual in recovery will tell you, it is the determination to stay within parameters and exert the capacity to rid something from one’s life with a fierce rigor that is the clear path to a life of true freedom (and often the only antidote to toxic tendencies toward issues with maintaining boundaries - enmeshment and enabling - which addicts and family members tend to know well):

“Our first objective will be the development of self-restraint…For we can neither think nor act to good purpose until the habit of self-restraint has become automatic.”
-Twelve Steps and Twelve Traditions, p. 91

I will never forget the moment that I sat with Eric (name changed for confidentiality), a prestigious lawyer, as he cried uncontrollably. After years of struggling and suffering, he was finally hit with the realization that his tendency toward ambition and drive for success had spiraled out of control. He sobbed as he shared that his drug use had been his escape from feelings of worthlessness and shame. He began to acknowledge that in his quest for fame and financial success, he was left in a perpetual void that had become his life.

After being given an opportunity to reflect, to come off the wheel, he confronted this raw reality and in this realization he felt a cathartic sense of freedom for the first time in years. We then were able to carve out space for him to learn to take control of his impulses and instincts, rather than the other way around. We explored ways of channeling and directing his drive toward success and achievement to productive, noble causes. To combat the chaos created when this natural tendency reigned “free.” By identifying this drive and setting out to take control - setting parameters and guidelines - he was liberated:

“Creation gave us instincts for a purpose…yet these instincts so necessary for our existence, often far exceed their proper functions. Powerfully, blindly, many times subtly, they drive us, dominate us, and insist upon ruling our lives. Our desires for material and emotional security, and for an important place in society often tyrannize us. Nearly every serious emotional problem can be seen as a case of misdirected instinct.” - Twelve Steps and Twelve Traditions, p. 42

The Power of “Step-work” to Break Free

The individual recovering from addiction is living a life of a constant, unceasing, unrelenting battle between being governed and governing. And he or she (perhaps more than anyone) knows the only way to achieve control is to allow one’s self to stop living a life that is centered around satisfying automatic impulses. Of operating based upon forces that remain unchecked and uncontrolled - whether it be our less adaptive characteristics - our ambitions and drives, our unruled emotions - and instead begin serving our higher missions and Tafkidim (individual roles), our purer, selfless, cosmic goals.

To follow objective guidelines, even when - especially when - it means battling the impulses that scream within that tell us to break free of boundaries and limitations.

It is not surprising that recovery plans often involve a period of uncovering and exploring not only the state of his current life, but conducting a vigorous “searching and fearless moral inventory” (Step 4 of AA) of the inner recesses of his being: A painstaking Bedikas Chametz of the rawest kind. No corner is left unturned of his mistakes and failures, interpersonal and intrapersonal disappointments. And, when these crumbs have been detected and identified, it then becomes possible to begin loosening the chains that he didn’t even know existed within himself. He can then begin to set goals for moving forward toward a purpose-driven, meaningful, emotionally and spiritually healthy life.

“Once we have a complete willingness to take inventory, and exert ourselves to do the job throroughly, a wonderful light falls upon this foggy scene. As we persist, a brand new kind of confidence is born, and the sense of relief at finally facing ourselves in indescribable (12&12, p.49)…We ask if we have omitted anything, for we are building an arch through which we shall walk a free man at last.” (Alcoholics Anonymous, p. 75)

From Bondage to Redemption

The way out of imprisonment is not living unrestrained, but pulling back and (re)directing one’s self and life to that which is higher and noble. To that which is not born from one’s own wishes and automatic drives, needs and lusts, but that which has been tasked upon him from outside of one’s self. To a calculated mission. As stated in Ethichs of Our Fathers (6:2), “Ein lecha ben chorin ela mi sh’eoseik b’Torah - A person is not free without Torah.”

In the process of limiting and confining ourselves, we were enabled to move forward conscientiously and purposelessly, rather than aimlessly. We need to implement the capacity to limit - fully and completely - in order to achieve ultimate liberation.

On Pesach, we are afforded an opportunity to deepen each of our capacity to distance and remove ourselves from Chametz. As individuals in a recovery model on a daily basis, to achieve freedom we must ask ourselves what our personal chains have been - the desires we have unabashedly pursued, that which we have continued to do and rationalize for self-satisfaction, but that has kept us going around in circles.

As I continue to clean and search for the literal Chametz throughout my home, I will take a moment to also hold a candle to myself - to search through that which has gone otherwise undetected that continues to bind me.

What driving force or motivation, dominant instinct have I been compulsed by and pulled after, which unboundaried pursuits have felt free in the moment, but in reality have hindered my capacity to live with a true sense of control.

Something that, in not employing restraint has kept me trapped. Something that has prevented me from fully moving toward my higher power and mission, from fully engaging with my family, fully connecting and serving God.

And in doing so, hope to open myself up to experiencing true freedom.

Devora Shabtai, MSW, MSc, PhD candidate is a therapist and program manager of the Jewish Faith-Based Track of Transformations Treatment Center where she collaborates with the clinical team in providing opportunities for clients of Jewish faith to draw upon their spiritual, cultural, and religious identities throughout the course of treatment. In addition to clinical work, Devora has a strong interest in empirical research on Judaism and mental health and has co-authored several peer-reviewed articles and book chapters on realtionships between Jewish spirituality and psychological well-being. Devora is passionate about promoting the spiritual lessons that can be learned from individuals in recovery. 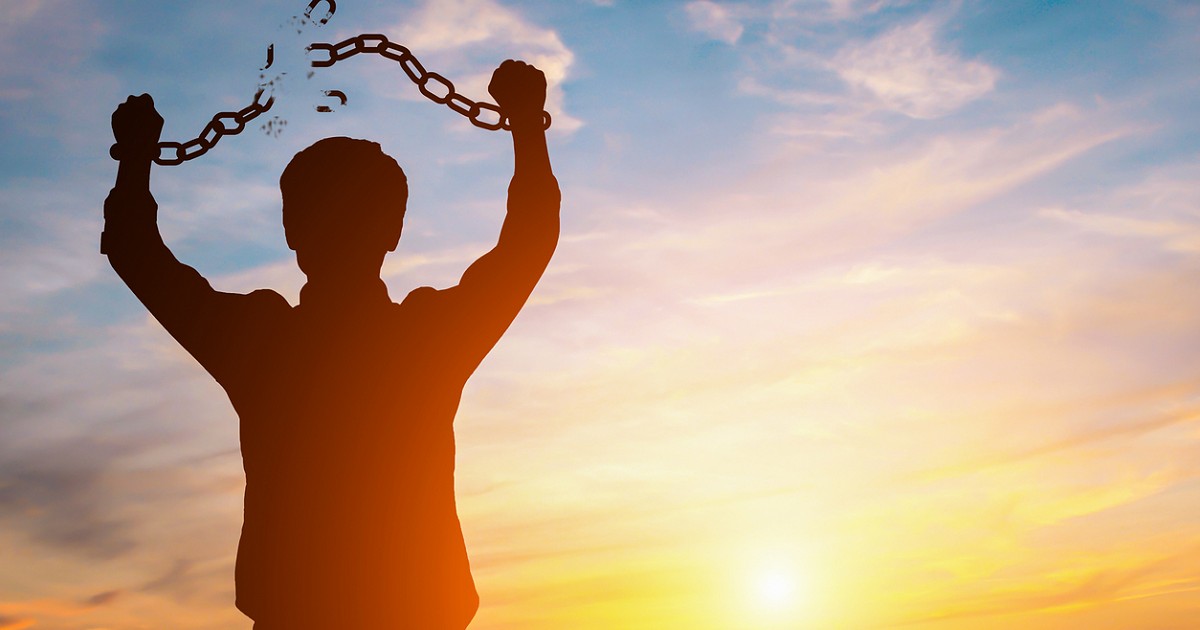