God is Not an Enabler

As stated in the open letter from an alcoholic read at Al-Anon meetings, rescuing the alcoholic “may avert or reduce the very crisis that would prompt me to seek help.” In other words, an enabling loved one is an obstacle to the alcoholic seeking recovery or freedom from addiction. Overcoming the cravings associated with addiction require an extraordinary degree of motivation. In a very real sense, those who love someone with alcohol or substance use disorder must harden their hearts at times to accomplish the extremly counter-intuitive goal of allowing them to suffer the consequences of the disease. The human condition is to resist change; it takes a big push to get started. Unfortunately, adversity has a bigger impact than positive reinforcement.

There is a link between this struggle against enabling and God’s hardening of Pharaoh’s heart in the Exodus story.

Exodus 4:21 “The Lord said to Moses, When you go to return to Egypt, see all the signs that I have placed in your hand and perform them before Pahraoh, but I will strengthen his heart, and he will not send out the poeple.” Exodus 7:3 “But I will harden Pharaoh’s heart, and I will increase My signs and My wonders in the land of Egypt.” God’s plan is clear. Moses is to return to Egypt, confront Pharaoh and demand he free the Israelite slaves, Pharaoh refuses, God demonstrates his majesty through the visitation of plagues (signs), Pharaoh relents, the Israelites escape slavery to serve God.

It was necessary for God to harden Pharaoh’s heart because if Pharaoh acquiesced too quickly, there would be no opportunity for God to demonstrate His power. But there was an additional risk. Pharaoh’s heart might have softened or his common sense might have informed his thinking to the point where he would have concluded that the best way to keep the Israelite slaves in place would be through ameliorating their harsh living conditions. Even small improvements in their quality of life might have been enough to convince them to stay where they were.

The Israelites’ faith in God and desire for freedom were very tenuous. Exodus 14:10-12 “Pharaoh drew near, and the children of Israel lifted up their eyes, and behold! the Egyptians were advancing after them. They were very frightened, and the children of Israel cried out to the Lord. They said to Moses, Is it because there are no graves in Egypt that you have taken us to die in the desert? What is this that you have done to us to take us out of Egypt? Isn’t this the thing [about] which we spoke to you in Egypt, saying, Leave us alone, and we will serve the Egyptians because we would rather serve the Egyptians than die in the desert” God’s plan would have ended disastrously if He had forced Pharaoh to free the Israelites, but they chose to stay put because their lives were not desperate enough to prompt their leaving.

Here is where the connection to addiction is evident. The Israelites were not addicts in the generally understood sense, but they, like all of us, were creatures of habit. As bad as it was, slavery was familiar; leaving Egypt was risky and dangerous. How many alcoholics and addicts have said, “Leave me alone” when offered help and remained steadfast in a life of using, fearful of what it would be like without the object of their obsession? In the same way, making life easier for those battling addiction can prolong their disease, so too making life easier for slaves might diminish their desire for freedom. Being a slave to drugs or a slave to Pharaoh is not all that different.

It’s understandable that many interpret God’s hardening of Pharaoh’s heart as an unloving act because it appears to extend the period of slavery. But when considered in the context of what’s recommeded for those who love an addict, its true meaning is made clear; it’s an act of love. God did not want the Israelites to be comfortable or happy slaves. He wanted them to be free men and women. Most Al-Anon members designate God as their higher power. How ironic it would be if He were to have behaved as an enabler by forcing Pharaoh merely to improve the lives of the Israelites while keeping them enslaved.

A convincing argument intellectually speaking, but in reality, a gut-wrenching experience. As a parent confronted with a child suffering from substance use disorder, my natural instinct was to comfort and rescue him. The psychological consequences of his addiction - shame, guilt, denial - emerged in me as well, making it a painful, extended process to get to the point of drawing the line. And it’s so difficult to know when to draw the line and when to offer appropriate support. As a matter of life and death, it’s the ultimate double-bind with no easy way out.

If you follow your parental instincts and always rescue the addict, it enables him to continue using and greatly reduces the chance he will reach for recovery. Although it might postpone a bad end, like homelessness, jail, or death, it doesn’t ultimately guarantee a good outcome. On the other hand, refusing to facilitate the continued self-destructive behavior, can lead to the addict suffering consequences that overwhelm him to the point of causing a bad end or can motivate him to reach for recovery. Either way, neither approach guarantees avoidance of an extremely bad outcome; hence, the gut-wrenching double-bind.

Did God have to work through the same ambivalence?

Joseph Kaufman is a loving husband and the father of two young adult sons, one who is in long-term recovery from substance use disorder. Although the journey has been difficult, Joseph also recognizes the tremendous growth, meaning, and depth his family has expereniced as a result of these challenges. He is committed to ending stigma surrounding substance use disorder and currently serves on Jewish Addiction Awareness Network’s advisory board. 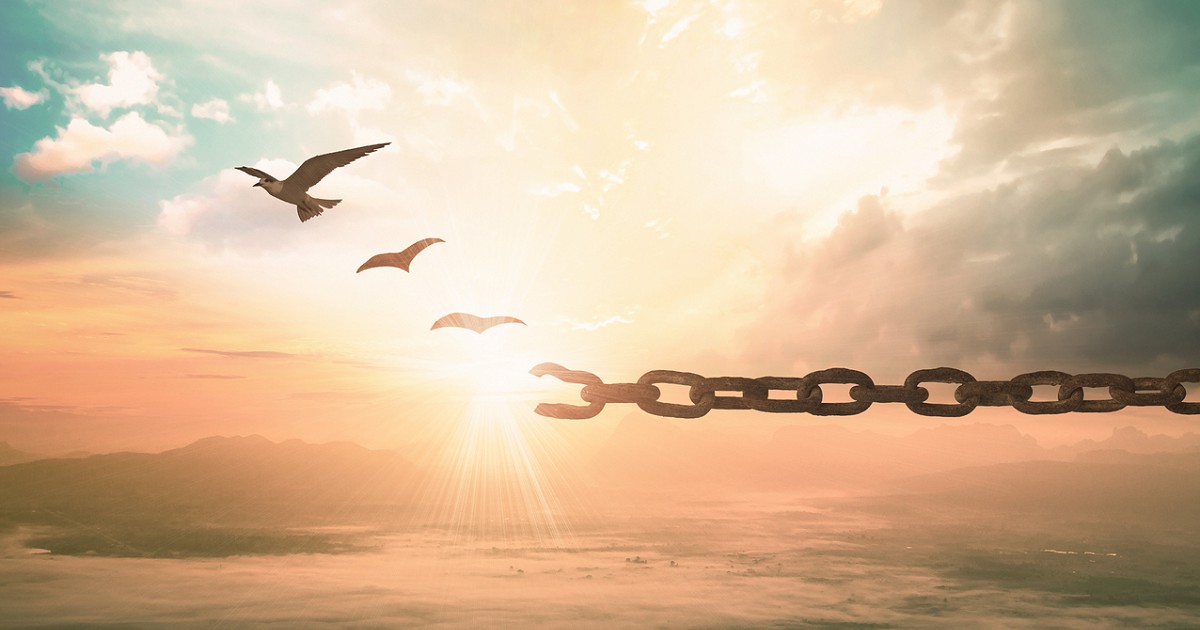