How many people can say that as adults they are still best friends with someone they met at preschool? When I was three years old, I met Ari at the JCC preschool. We became fast friends and our families also become close as well. As the years went by, we stayed connected by the bond we forged as children.

Then came June 1, 2019. Initially, it felt like any other day. As the afternoon rolled around, I began to think about Ari and decided to reach out to him to see how he was doing. Right as I was about to call him, I got a call from Ari’s wife, Laura, that would not only change my day, but the rest my life. Ari was missing. This moment was a result of a multi-year process, which ranged from a career change, to addiction, and ultimately to heartbreak.

Starting a New Career and Getting Married

Ari desperately wanted to have a stable career. After graduating college with a Sociology degree and working a few short-term jobs, he eventually went back to school to become a personal trainer. While he enjoyed this job, he found the inconsistent workload and income stream difficult. Many of his family members and friends had established careers in fields such as law, finance, and medicine, paths that are well respected in general, and especially in the Jewish community.

Ari felt the pressure to be “up to speed” in his career, which motivated him to go back to school again. This time, to become an MRI technician. Around this same time, he married Laura, and it looked like he was on his way to building the life he dreamed of for himself.

Shortly after Ari’s wedding, towards the end of 2016, he shared with me that he had been diagnosed with attention deficit disorder (ADD) and been prescribed Adderall to help him focus on school as well as Xanax to quell his anxiety. I didn’t think much of it at the time, especially since I was briefly on a similar ADD medication in high school. However, during 2017, and the early part of 2018, I noticed some slight changes in Ari’s behavior.

He was not as responsive with texts or calls and started to occasionally cancel plans. At first, I attributed it to increased stress from school. While I became more concerned as the cancelations became more frequent, I dismissed these concerns after I attended a party celebrating the conclusion of Ari’s clinicals. I figured that once Ari passed his exams, he would become more relaxed, and things would go back to normal.

Towards the end of the summer in 2018, some of Ari’s other friends noticed some unusual behavior that was more alarming and helped stage an intervention along with his wife and family. It had become apparent that Ari was addicted to Adderall and Xanax, the drugs he was prescribed to address his ADD and anxiety.

Ari reached out to tell me about the intervention and to let me know that he would be entering rehab. I immediately felt tremendous guilt for not bringing up my earlier concerns and vowed to not hold back from that point forward if I felt something was amiss. I desperately wanted to support Ari on his recovery journey.

As Ari moved to an inpatient program, he was concerned that his struggles with addiction would reflect negatively on his family. The High Holidays were coming up, and while Ari was not particularly observant, he was worried it would look suspicious when he wasn’t in synagogue with his family on the holiest days in the Jewish calendar.

While struggling to heal, he was very concerned that if his situation became widely known, it would reflect poorly on his family, and he feared the potential harsh judgement of others. He even joked about how shocked members of his parents’ shul would be to learn they personally know a Jewish person getting treatment for addiction. If asked about Ari’s whereabouts, I agreed to tell others that he had to study for his MRI exams.

Ari seemed to improve after his first stint in inpatient rehab, but quickly relapsed. When I would notice signs pointing to a potential relapse, I would bring up my concerns to Ari’s wife or parents. This process repeated itself multiple times over the next six months, until the end of Ari’s second round of inpatient treatment. This time, it looked like he was finally turning the corner. I had some very good conversations with him, and I was optimistic he had put his substance use disorder in remission.

As May 2019 came around, my wife and I were focused on the expected arrival of our firstborn child, so I did not talk to Ari as frequently. Nine days after our daughter, Hannah, was born, I started to have concerns again. While Ari and I briefly talked right after Hannah’s birth, there had been very little contact since. It raised a red flag. Ari’s communication was missing among those who reached out wanting to see our newborn. I suspected he was relapsing and wanted to check in with him.

Just as I was about to call Ari on June 1, 2019, Laura’s call came in. She said Ari had been missing since the night before, and that no one had been able to reach him or the sober living home where he had been staying. I began to fear the worst, especially as hours turned into days and attempts to contact Ari continued to fail.

While Ari’s battle with addiction had previously been private, his disappearance immediately turned into a public news story. The search tragically ended on June 5th, when Ari was found dead in the Chicago River. He lost his life to addiction at the age of 32, and I lost my best friend.

Ari was so loved, and I and so many others, were devastated. I don’t know how I found the strength to speak at his funeral a few days later. Those of us who shared our memories of Ari that day respected his family’s request to not talk of his struggles or cause of death. The shame and fear of judgment was still strong.

I miss Ari every day. To honor his memory and eradicate stigma, I feel it is extremely important to tell his story, especially to the Jewish community. Addiction doesn’t belong to a specific culture or religion. It can impact anybody, anywhere, and we need to make Jewish spaces safe to openly talk about addiction and support people to find and maintain recovery.

During Ari’s first go around in rehab, the only option offered for religious counseling was to talk to a minister, which he declined. While he was not observant, Ari was a proud Jew, and being in treatment programs with overtly Christian messaging created discomfort. There was no guarantee that having culturally sensitive Jewish treatment would have saved Ari’s life, but it might have made a difference. We need to make sure this is widely available to others.

More importantly, we need to do all we can to diminish the underlying causes that drive people to rely on substances, which can potentially lead to misuse and addiction. Like some other cultures, Jews can be stereotyped as a “model minority” culture, both internally and externally. And as such, Jews are often thought of as high achievers in lofty professions like law, medicine, and accounting, and can incorrectly hold on to the old myth that we are not impacted by maladies such as addiction.

While there are historical reasons for the stereotype (most notably, historical antisemitism that restricted Jews to specific professions), internalizing that stereotype can have a damaging impact on those who do not fit that mold. We need to support everyone, regardless of their career goals, education level, or relationship status. We are all made in G-d’s image, and nobody in our community should feel like they are “underachievers” for not matching a stereotype.

May Ari’s memory be for a blessing, and may his story be used to save lives.

Steve Levin is a Certified Public Accountant (CPA) and a freelance trumpet player. Steve previously served on the Young Adult Division board at Anshe Emet Synagogue in Chicago, including a two-year term as co-chair. In addition, Steve is a graduate from the Glass Leadership Institute (GLI) within the Anti-Defamation League (ADL). GLI is a training program for young adults to fight bigotry and other forms of hatred in their own communities, and explores ADL’s core mission, “To stop the defamation of the Jewish people and secure justice and fair treatment to all.” Steve lives in the Chicagoland area with his wife, Cathy, and their children, Hannah and Alyssa. 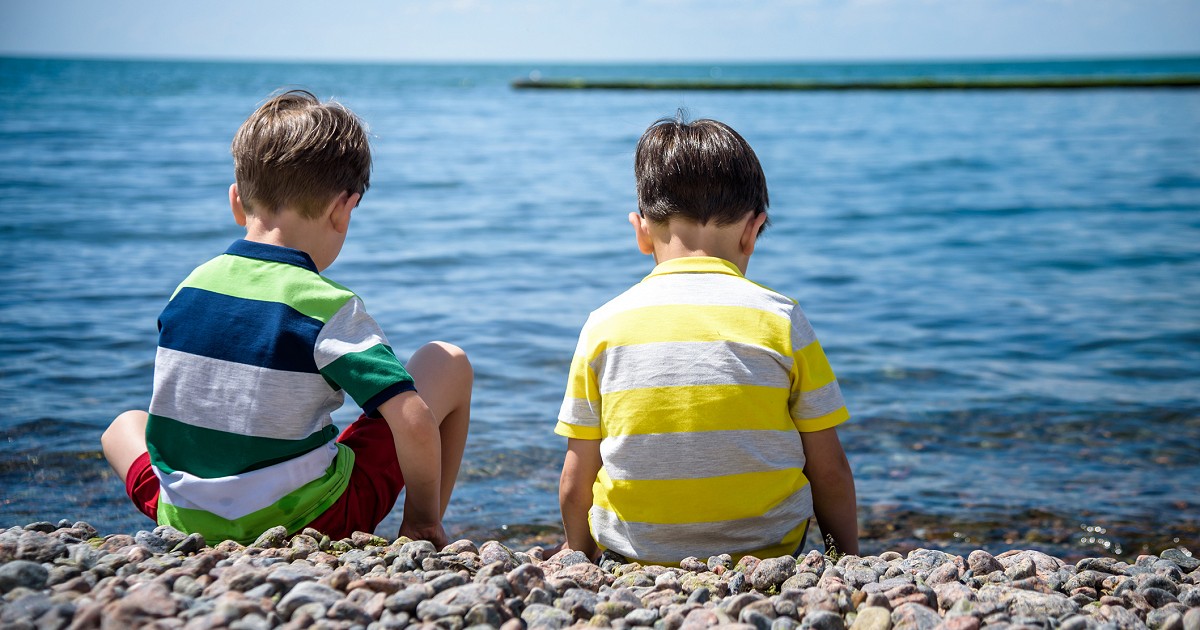