Purim: No Distinction Between Haman and Mordecai?

The Book of Esther begins with a series of drinking parties hosted by a powerful king for his own aggrandizement. The king and his ministers are unaware of and unconcerned about the consequences of their actions. The results are terrifying. One minister, Haman, takes advantage of this debauchery to plan the extermination of the entire Jewish people while the King parties on, oblivious.

The story twists and turns toward a happy ending. The heroism of Mordechai and Esther save the Jewish people. Haman and his plans are destroyed by Esther at another drinking party, which seems to be the only setting where one can speak with the King. The Jewish vengeance at the end of the story feels disproportionate; we are left wondering if this farcical story is simply an excuse for excessive festivities of our own to hide the pain of more common stories in Jewish history in which “Hamans” of subsequent generations do succeed in their murderous plans.

Getting Drunk - Is it a Mitzvah?

The centrality of alcoholic intoxication in the Purim story may be part of the explanation for a response I inevitably receive when asking students of all ages: What are the mitzvot (commandments) for Purim? In every setting, I receive this eager reply: We’re supposed to get so drunk that we don’t know the difference between “Cursed be Haman” and “Blessed be Mordecai.” Whenever I hear this, I gently explain that, in fact, getting drunk is not one of the Purim mitzvot. A celebratory Purim meal (se’udah) is one of the four Purim mitzvot.

The misnomer that one is obligated to drink alcohol to properly celebrate Purim (and other Jewish holidays) can be dangerous and alienating. It is crucial for the safety and well-being of many within the Jewish community to state clearly and frequently that drinking is not required. In addition, the community must provide other ways to celebrate, including non-alcoholic alternatives for anyone who doesn’t wish to imbibe for any reason.

Not Knowing the Difference Between Haman and Mordecai?

One source for the unnecessary and often dangerous focus on alcohol for Purim celebrations is a teaching in the Talmud (Megillah 7b) stating that one is commanded “l’vasumai” to the point of not knowing the difference between cursed be Haman and blessed be Mordecai. But the meaning of “l’vasumai” is worth investigating, especially since the very next words in the Talmud tell a Purim tale of drunken excess. In this tale of two intoxicated Rabbis, one mistakenly kills the other. Although the murdered Rabbi later is revived by a miracle, the next year the revived Rabbi decides to go to a different Purim celebratory meal. One must not depend on miracles, after all. Perhaps that story is placed in this spot in the Talmud to show that excessive alcoholic intoxication on Purim is not a great idea.

The word “l’vasumai” means “to become fragrant” or “to become intoxicated.” Alcoholic excess isn’t the only possible interpretation. What would be the point of becoming so drunk we aren’t able to distinguish between Haman the villain and Mordecai the hero? This seems dangerous and counterproductive. Shouldn’t responsible people always maintain an awareness of the difference between good and evil?

Jewish mystics provide a possible answer. They regularly use sensual language, including the fragrant smells of flowers and trees, to describe experiences of profound levels of spiritual awareness. For them, intoxication on Purim can be understood in spiritual terms.

The “intoxication” required of us on Purim is not one of lack of awareness, but, rather, the exact opposite. We are to be at a level of such deep awareness that we shed our typical inclinations to judge ourselves and others in simplistic terms. On Purim we realize that Haman and Mordecai are prototypes, representing pure states of being that don’t exist in this world.

Every Purim Character Lives in Each of Us

The Purim “intoxication” is recognition of the tender truth that all of us have within us both destructive tendencies of Haman and righteous possibilities of Mordecai. We also have within us the potential to be King Achashverosh, a person with great power who uses it poorly, causing a proliferation of suffering without our awareness. We are also Esther every time we are afraid to step out into the world as our true selves, unaware of our own power, as well as when we find the courage to ask for help and overcome those fears.

These prototypes are entertaining partly because they are such caricatures. We love to see ourselves and others as one pure character. But a spiritual reading of Purim teaches us to acknowledge that we’re all each of these characters and more.

For example, a person who has an addiction is so much more than “an addict.” And, if we’re willing to be honest, we’ll admit that for many of us, an aspect of our personality either is or can verge on some form of addiction. Some of these addictions or tendencies manifest in ways that are useful to us in some manner. Other manifestations are destructive. We may cover our addictions or addictive tendencies with denial or socially acceptable outlets, but they exist and are one part of us or people we love. By recognizing and accepting this truth, we can engage in the hard work of making certain we don’t damage ourselves or others.

On Purim we are not expected to erase the ability to distinguish between good and evil. On the contrary. Purim teaches that when we seek solutions to challenges, whether they be personal or communal, we must recognize that people are complicated. The command to become unaware of the difference between “cursed is Haman” and “blessed is Mordecai” may be a way of reminding us that the only way forward as individuals and as a society is to recognize the complex humanity in each of us.

Beth Huppin is the Director of Project Kavod, the Jewish education project of Seattle Jewish Family Service. She has enjoyed teaching Judaics to children and adults of all ages in both formal and informal settings throughout her long career. You can watch her ELI talk (Jewish TED talk) titled “Eternal Tables: The World to Come” here. Beth is the recipient of a 2010 National Covenant Award for Excellence in Jewish Education. Beth is a proud Pacific NW native. She was raised in Spokane, WA and has lived in Seattle for over 35 years. 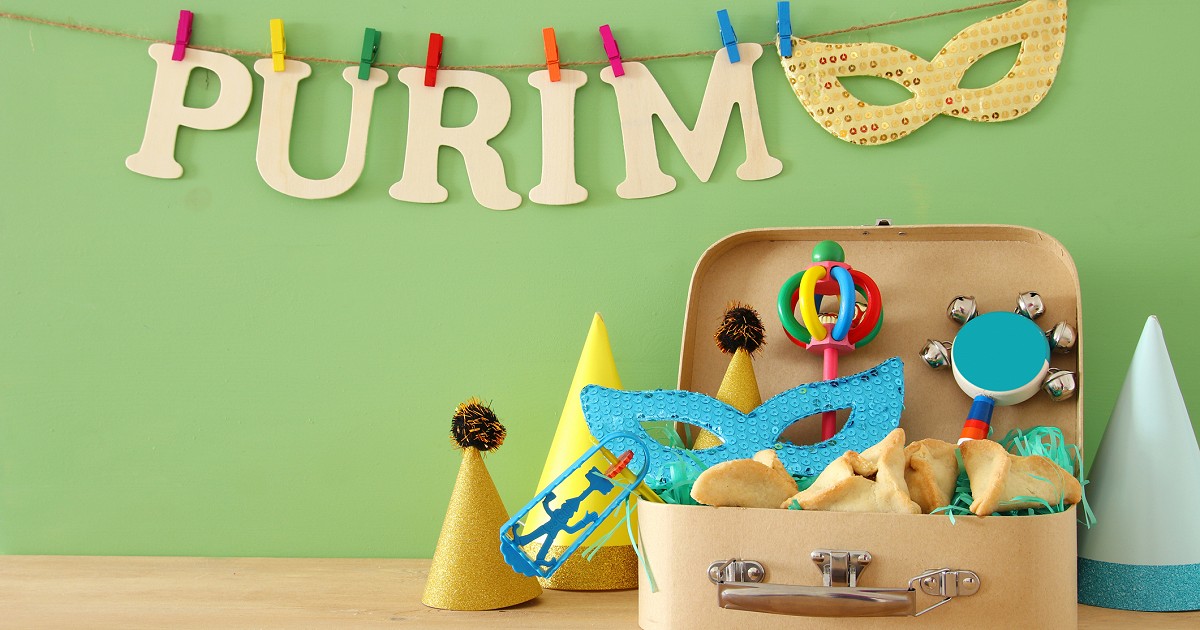